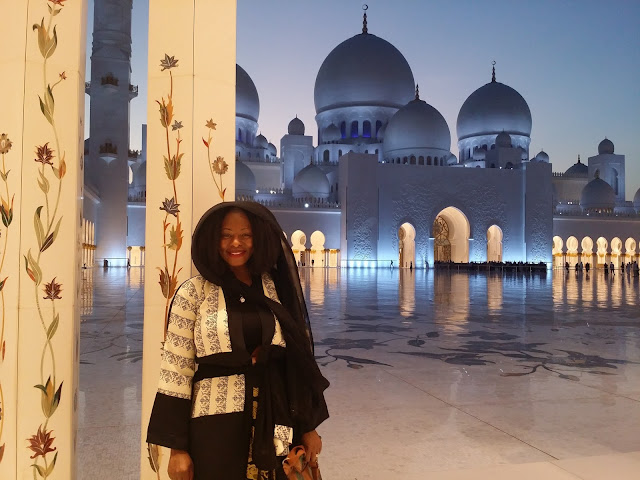 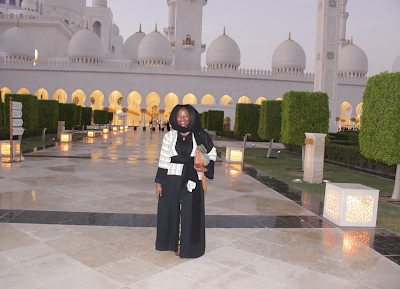 Wearing an Abaya at the Mosque which is required.  If you do not own one, one will be given to you before entering the Mosque.
Sheikh Zayed Grand Mosque was the idea of the late president of the United Arab Emirates (UAE) Sheikh Zayed Bin Sultan Al Nahyan. The goal was to establish a structure which unites the cultural diversity of Islamic world.   The mosque was constructed from 1996 to 2007. It is the largest mosque in the United Arab Emirates and also a must visit if ever in Abu Dhabi. 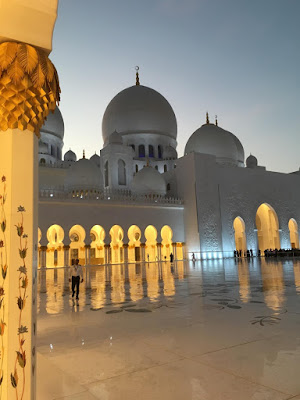 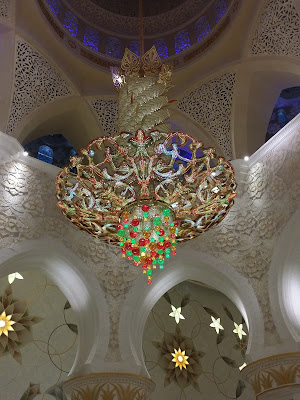 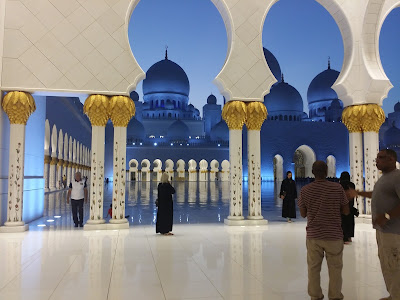 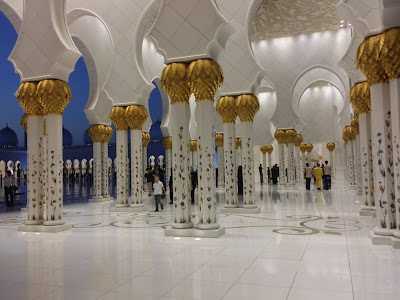 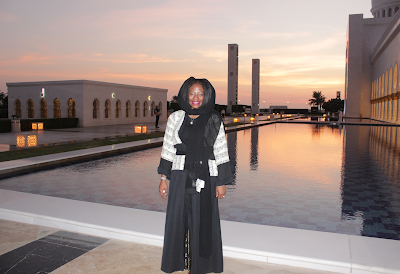 Thank you for stopping by!
“Live To Inspire” Look Book: Tuxedo and Stripes in Black and Wh...

In spite of it all, there is still beauty all arou

Happy Birthday to me! Thankful and Grateful to see

This pandemic has taught me so much. Love and appr

Just thinking about my time in Italy... I miss tra

Always something new and fun to do in Atlanta! @cu

@cultureexperience_ is so dope! A traveling inter

@thelipbar brand has become one of my favorite go-

Happy Father’s Day to The Hubster, my husband, l

Just do it! Happy Saturday

Today, we celebrate and honor the history of June

Your mind is a powerful magnet. Continue to think In spite of it all, there is still beauty all arou

Happy Birthday to me! Thankful and Grateful to see

This pandemic has taught me so much. Love and appr

Just thinking about my time in Italy... I miss tra